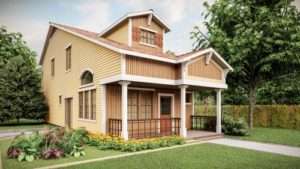 What are the conditions for a statute of limitations to apply to a claim on a government loan on a residence? In Kansas the court examined this issue in  In Re Kreutzer, 17-20987 (Doc. # 63) 04/14/2021. In this case the debtors successfully objected to the USDA’s $97,008.73 proof of claim asserting they no longer owed debt because the USDA did not seek to collect before the 6-year statute of limitations had run.

Judge Somers recent opinion outlines the elements of a statute of limitation claim and the burden on the parties to provide evidence and what cases the court is looking at in framing the case. In this case, Mr. Kreutzer entered into a home loan agreement with the USDA in 2007. He was unable to keep up with the payments and was in default. In 2011, the USDA accelerated the loan and requested full payment of the loan amount. Mr. Kreutzer then entered into a short sale agreement with a third party to get out from under the mortgage. The sale price was approved by the USDA and the title company paid the USDA through its escrow account from the sale proceeds in 2013. In 2017 the debtors filed their bankruptcy petition, and the USDA filed a claim for $97,008.73 as the deficiency from the short sale.

Objecting to a Creditor’s Proof of Claim.

The first step a creditor will take after a debtor files bankruptcy is to file a proof of claim to seek payment of the money it’s owed. If the claim is allowed, the creditor will be entitled to receive distributions from the debtor’s estate to satisfy its claim. If the debtor objects to the claim, and prevails in the dispute, the debtor will pay nothing on the debt. It is important to note that an objection claim need not be made at the beginning of the case, but might be made later if an issue arises that would make it appropriate to litigate the matter.

In this case, the Kreutzer’s objected to the USDA’s claim stating that the debt was no longer collectible, under 28 USC 2415, and the 6-year statute of limitations period on a government loan had expired. The USDA agreed that 6 years had gone by since the default and acceleration of the note. However, USDA argued the statute of limitations was restarted when debtors sold the property in 2013 because they made a partial payment and acknowledged they owed a deficiency. A debt that is no longer collectible due to the statute of limitations is not entitled to payment in the bankruptcy case and the issue became important once there were potential funds to pay down this claim.

To restart the statute of limitations by written acknowledgement the USDA must show (1) there is a writing; (2) the writing was signed, or may be deemed to have been adopted, by the debtor against whom the acknowledgment is asserted; (3) the writing unequivocally sets forth: (a) the debt due the government, and (b) an intent on the part of the debtor to pay that debt; and (4) the writing is communicated to the government.

Judge Somers found that the debtors did not acknowledge the debt because the documents they signed at the short sale do not show the intent of the debtors to pay that debt or acknowledge a debt owed to the USDA. A consent letter sent by the USDA for the sale of the property was also not a written acknowledgement because it was not signed by the debtor. The court also looked at all of the writings as a whole to determine if there was an acknowledgment of debt. The court determined that there was not. Rather, the debtor’s intent during this transaction was to gain the release of the lien of the property, not a promise to repay the debt.

To restart the statute of limitation by a partial payment, the payment must be made on an admitted debt, and that there was a promise to pay the remainder of the debt. The court agreeing with an 11th circuit case, determined the payment by the title company was a payment to release the lien and not an acknowledgment of personal liability.

Talk to a bankruptcy attorney today
Put an end to...
Recent Posts