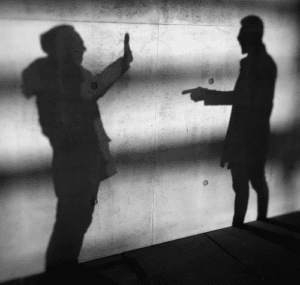 One of the newest 10th Circuit BAP opinions discusses the standards for non-dischargeabilty of a personal injury claim arising from a bar fight. The court held the debts owed to the injured parties were not dischargeable in the debtor’s chapter 7 bankruptcy because the injuries were “willful and malicious” under 11 U.S.C. 523(a)(6).

Plaintiffs James Perry (“Perry “) and Thomas Baca (“Baca ,” and together with Perry, “Plaintiffs “) and Defendant Stephen Charles Judge (“Judge “) surely did not go to the Derailed Pour House on January 31, 2015, expecting to be involved in a bar fight resulting in lasting injuries, and yet this is exactly what happened.

Perry and Judge were standing at a crowded bar top with their backs to one another when Judge suddenly elbowed Perry in the back. Perry turned around and appeared to say something to Judge, and then Judge took his glass mug off the bar top and hit Perry over the head, breaking the mug. Perry then struck Judge with his own drink, breaking the glass container in his face. A scuffle ensued and onlookers, including Baca, escorted Perry out of the bar and held Judge back at the bar top.

Following the altercation, Perry was taken to the hospital where he received medical attention for injuries to his face, neck, and hand, and Judge was likewise treated for his own injuries. Neither Perry nor Baca were criminally charged for their involvement in the altercation, but Judge eventually pled guilty to third degree assault. Perry and Baca later sued Judge in La Plata County District Court and obtained a default judgment against him, with Perry awarded $150,000 and Baca awarded $75,000.

Judge filed his voluntary petition for relief under Chapter 7 of the Bankruptcy Code on March 8, 2019 listing Perry and Baca as creditors in the case. Perry and Baca brought the adversary proceeding shortly thereafter seeking a determination their claims against Judge are nondischargeable pursuant to § 523(a)(6).

Standards and Burden of Proof

To prevail under 523(a)(6) a creditor must prove both a willful act and malicious injury by a preponderance of the evidence.

The court determined that Judges actions were intentional as he was the initial aggressor of the bar fight, he acted intentionally when he hit him with the glass mug.

Malicious intent is established by evidence that the debtor had knowledge of another’s rights and, notwithstanding such knowledge, proceeded to take action in violation of those rights. In determining if an injury was malicious, “evidence of the debtor’s motives, including any claimed justification or excuse, must be examined to determine whether the requisite ‘malice’ in addition to ‘willfulness’ is present. In short, to be malicious, “the debtor’s actions must be wrongful.”

The court agreed with the district court’s analysis that Judges actions were not in self-defense and but acted without justification or excuse I.e. with malice.

One who starts a bar fight is neither honest nor unfortunate and is not entitled to discharge liability associated with such bar fight pursuant to § 523(a)(6).  The judgements against Judge will survive his bankruptcy and be waiting for him.

If you have any questions about bankruptcy please feel free to call and speak with one of our bankruptcy attorneys.  We have offices in Wichita, Topeka, Lawrence, and Overland Park.

How can we help?
Put an end to...
Recent Posts

How Can I Qualify for Chapter 7 Bankruptcy?

How Long Must a Chapter 13 Plan Run: An Examination of In re Engel

Do debtors have to pay creditors attorney fees: A look at In re Anderson and the requirement of Reasonableness